ORLANDO, Fla. — Walt Disney World threw itself a party Friday, and lots of people showed up for the 50th anniversary of the day that Magic Kingdom opened.

The atmosphere leaned toward celebratory despite occasional surges at the entrances and long lines — both virtual and visible — to buy souvenir merchandise and collectibles.

“We waited 30 minutes in this line” to buy two golden popcorn containers shaped like Mickey Mouse head balloons, said Alston Causey, a travel agent who lives near Atlanta. “I have a bit of a fetish for popcorn containers,” he said, although he wasn’t willing to stand in more lines to nab the other three colors of balloonish containers.

He wasn’t surprised by the number of people in the theme park.

“I feel like this is the culmination of Disney fandom,” he said.

Kelli Ochoa and her mother Debbie Mekjiam drove from South Florida Friday morning for the event, along with Ochoa’s daughter, who is celebrating her 8th birthday Saturday.

They planned to shop and eat, mostly, Ochoa said. She would buy “anything with the 50 on it,” she said.

She had difficulty landing a park reservation for the big day, but she persisted. She had less luck getting last-minute dinner reservations, and they rejected a late-night opening at Be Our Guest restaurant in Fantasyland. But the day had gone smoothly, and they had sprung for premium parking for the first time.

“She was very paranoid that it was going to be very busy,” Ochoa said of her mother. “But so far, so good.”

Joe and Nadine Serio had their own celebration as well. Their wedding date — Oct. 1, 1971, the day Disney World debuted — was stitched on their mouse-ear hats. On Friday, he surprised her with a ring, which he presented to her on Main Street. There was applause from strangers.

“The kids sent us here on our 25th wedding anniversary. When we sat on the plane, we looked at each other. ‘What are we going to do with Disney?’” Nadine Serio said. “We’ve been coming every year since.”

“It was everything I could have ever imagined,” Morton said.

The two meticulously refreshed the My Disney Experience app for the chance to join a morning boarding group.

“I was up like at 6:55, and I was warming up my hands, just kept refreshing and refreshing,” Morton said.

The two said they enjoyed the ride’s moments of simulated danger, including crawling through tight spaces to avoid getting caught and narrowly dodging a 3D flying cork.

Visitors wanting merchandise from the new attraction — including opening day-shirts and pins — had to register on a virtual waitlist that had more than 200 parties waiting by noon. When called, they joined a line that stretched out of the World ShowPlace events pavilion.

Epcot crowds appeared standard for a weekday, with perennial favorite Frozen Ever After reaching a 35-minute wait around noon. Visitors waited in a roughly 20-minute line to try soda flavors from around the world at the recently reopened Club Cool and shopped for 50th anniversary-branded merchandise at the new Creations Shop.

Many Magic Kingdom customers lined up to purchase limited-time merchandise. Disney has several lines of souvenirs for sale, many with the big 5-0 logo on them and in the anniversary’s trademark blue-and-gold color scheme. Others at Magic Kingdom wore T-shirts that were shout-outs to shuttered attractions such as Mr. Toad’s Wild Ride, If You Had Wings and the “Wishes” fireworks.

Maggie Duckworth, a visitor from St. Louis, went another way. She sported a gold sundress with matching elbow-length gold gloves.

“When I saw that they were having new outfits for the characters, I thought, ‘Oh, well, they’re inviting us to their party. I should dress up for this,’” she said.

Her original Disney World plans were upended by the coronavirus pandemic.

“My first time coming in, like, 20 years was going to be March 15, 2020, so my ticket got canceled,” Duckworth said. She rescheduled for July when Disney World reopened after a four-month shutdown.

“Since then, I was like, ‘Oh my gosh, this is amazing. I need to come back here,” she said. “So, I’ve been back four times in the last year.”

The pandemic disrupted some of the resort’s plans, and Disney World is still recovering in some ways. Although the parks and Disney Springs reopened in July 2020, there are still restaurants and hotels that are not operating. Live entertainment, including the long-running Hoop-Dee-Doo Musical Revue, has been slower in coming back. Some attractions, including “Finding Nemo: The Musical” at Disney’s Animal Kingdom, are not returning. There are currently no full-blown parades at Disney World, and Mickey’s Not-So-Scary Halloween Party, a Magic Kingdom staple, was replaced with Boo Bash, an after-hours event with fewer activities this year after being canceled last year.

On the other hand, in addition to the Remy ride, Epcot is unveiling a nighttime spectacular called “Harmonious,” Magic Kingdom is introducing “Disney Enchanted” show and Disney’s Animal Kingdom is now home to “Disney KiteTails,” a production that appears multiple times daily. They all debuted this week.

And Disney has blown out the anniversary on a number of fronts, including a new look for Cinderella Castle, installing dozens of golden character statues in the park, touting the event on resort transportation, including the monorail and reissuing employee name tags with a new layer of shine.

On Friday, the lines for merchandise and souvenirs diverted some people away from queues for Magic Kingdom rides, resulting in lower-than-average wait times for some attractions. That was a plus for Causey, the travel agent.

“I expected it to be crowded,” he said. “I told my family I don’t have any expectations for this day other than taking a picture in front of the castle.”

What Do You Meme? Family Edition

As summer fades, check out these beach photos from our Destinations Photo Contest

Soak up the sun with these beach photos from our Destinations Photo Contest.

Don’t Drink From the Tap in These 10 Countries

It’s not safe for tourists.

Traveler’s diarrhea is real. When you’re traveling internationally, you have to remember that the country’s tap water may be unhealthy for you to drink, or even brush your teeth. Even if it’s safe for locals, the water may give you troubles because your body may be unused to those pathogens.  Unfortunately, safe tap water is a luxury that not many in the world have. In 2017, a WHO study revealed that 785 million people in the world lack a basic drinking-water service. Listed amongst those with safe tap water, even the U.S. faces challenges with equal distribution and quality standards. The problem is much more severe around the world and water-borne diseases cause thousands of deaths every year.  It’s always a good idea to check the CDC’s advisory for each country you are visiting. To get you started, here’s a list of countries where you should definitely keep your mouth closed in the shower. Note: Instead of depending on bottled water provided by hotels, you can consider buying a water filtration bottle and reduce your plastic waste.

US to reopen land borders in November for fully vaccinated

WASHINGTON (AP) — The U.S. will reopen its land borders to nonessential travel next month, ending a 19-month freeze due to the COVID-19 pandem…

What to Expect If You Get COVID While Traveling Abroad

Middle school science teacher Stefanie Guggenheim was set to fly home to Illinois from a weeklong family vacation through Spain — a last hurrah before the school year would start.…

Car rental agencies were caught out this year, as spring and summer travel sprang back suddenly in response to rising COVID-19 vaccination rat…

This Growing 2022 Vacation Trend Could Make You Fitter

When lockdowns started in March 2020, Steve Schneiter lost all his revenue. Schneiter is the owner of Denver Microbrew Tour, a company that gives guided brewery tours. Considering both travel…

These Places in Europe Have an Unexpected Connection

Unbeknownst to many, Europe is home to a rich, varied, and ancient indigenous Muslim culture that is often left unexplored.

There are 14 centuries of Muslim history and heritage waiting to be explored in Europe and three indigenous Muslim-majority countries. Muslim Europe is a place where people pray in mosques older than the United States, where mystics meditate in lodges perched on the edge of mountains, and many Muslims are as blonde-haired and blue-eyed as their Christian neighbors. The following 10 slides unveil the story of this ill-explored and neglected part of Europe that only a few people know exists. Welcome to Muslim Europe.

Facing 'air rage' when you fly? One airline has a solution

On a recent American Airlines flight, a frustrated passenger couldn't squeeze her large luggage into the overhead compartment, and when a flight attendant told her she needed to check the bag, she lost her cool. 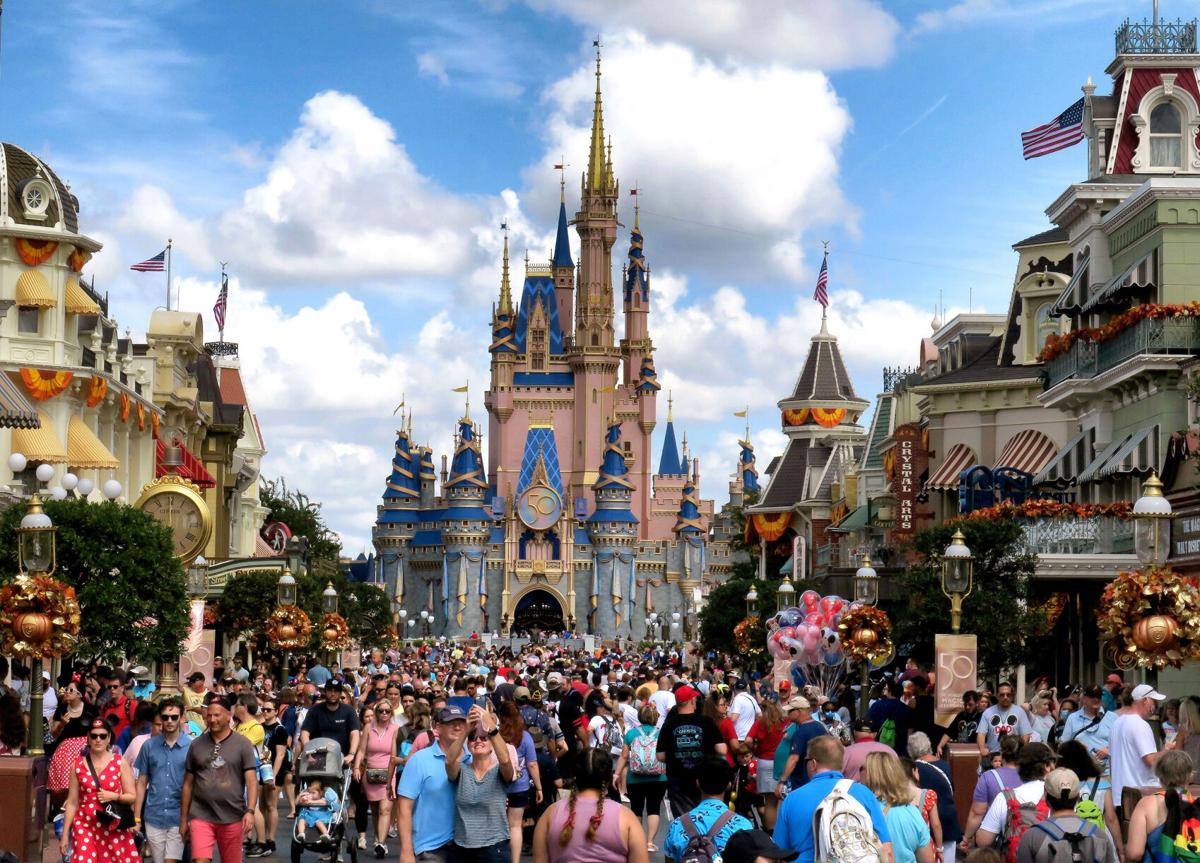 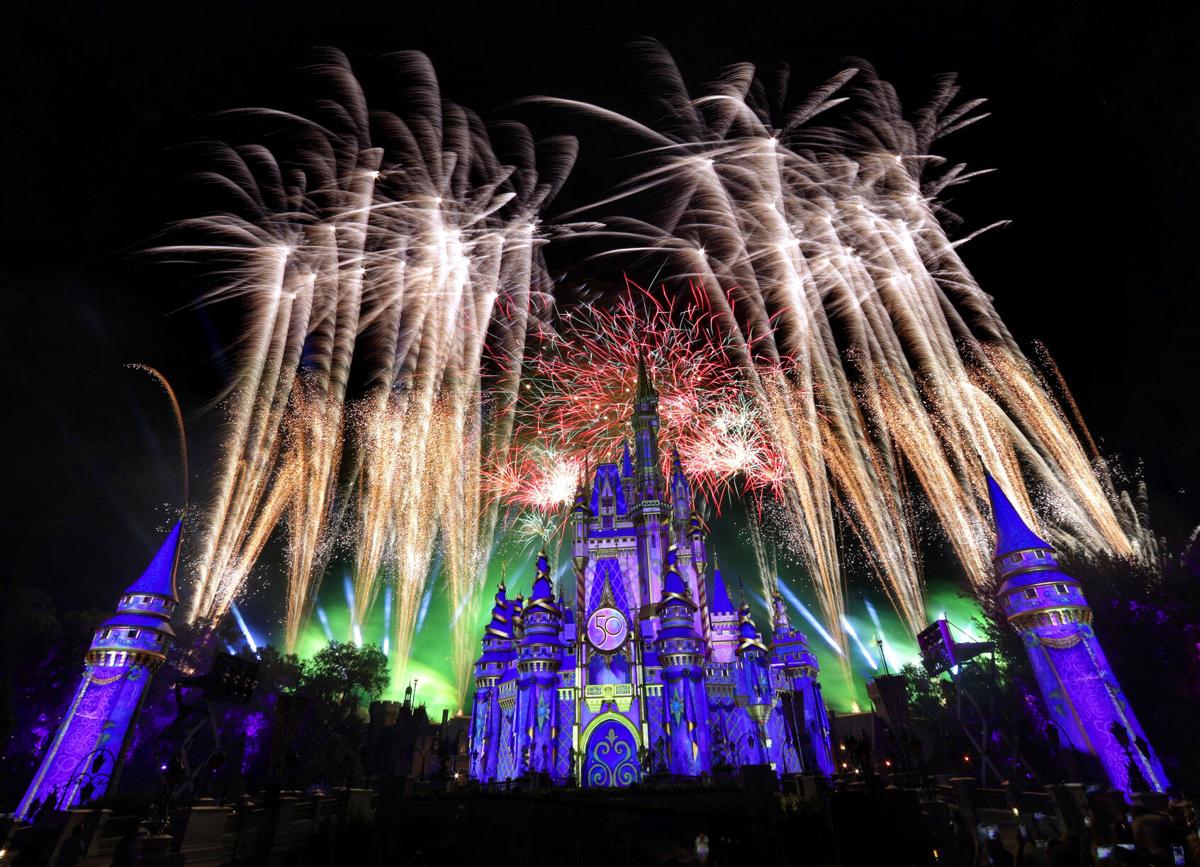