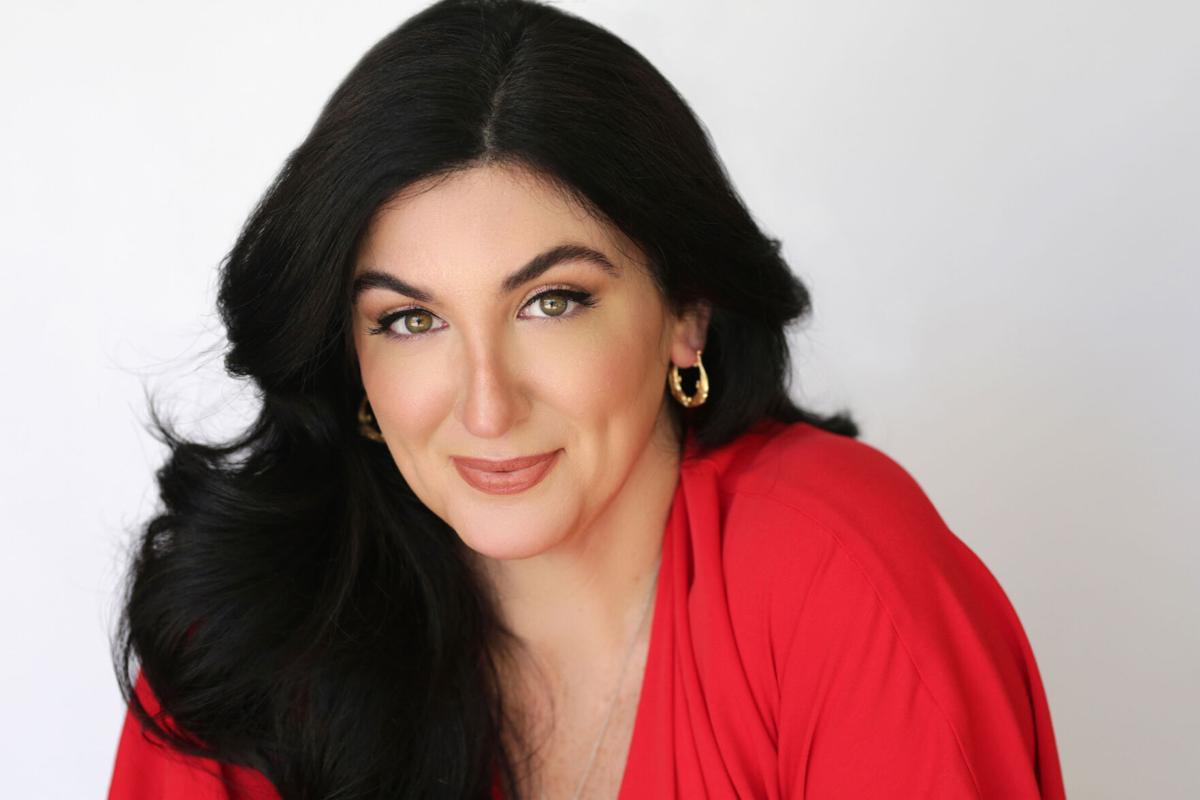 “Chicago Party Aunt” co-creator Katie Rich said she didn’ t realize how much she missed traveling for work until the pandemic hit. 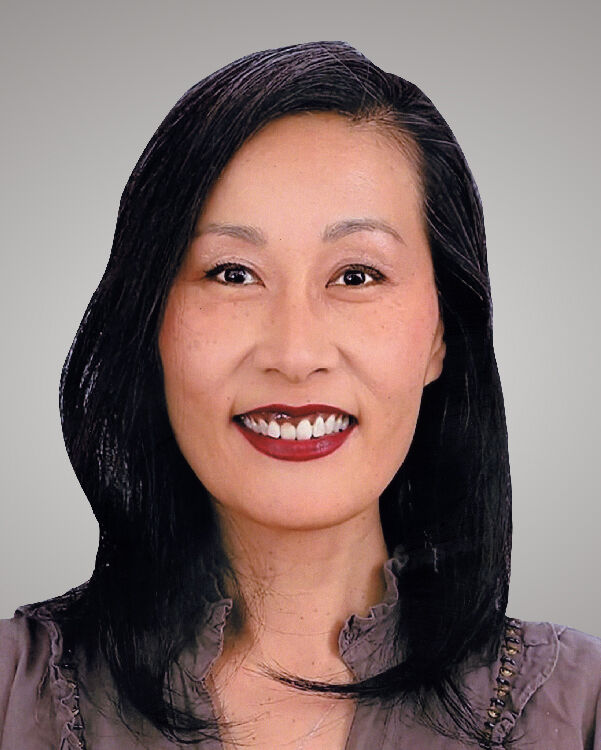 An executive producer and co-creator of “Chicago Party Aunt,” Katie Rich described the raunchy Netflix animated series as an homage to her hometown, where she still resides. “I was in the middle of relocating to Los Angeles and then there was a global pandemic, so I'm currently in Chicago,” said Rich. Thanks to her travels with the Second City improv troupe, Rich said she feels at ease meeting strangers. “No matter who I meet, I know a little something about where they are from, even if it's from a place like Salmon, Idaho,” said Rich, who also was a writer for “Saturday Night Live.”

Q: Do you think your series could've been just as good if it was "Boston Party Aunt" or any other big city

A: Absolutely! The Party Aunt character is pretty universal. We all have one, or a Party Uncle, or maybe we're the Party Relative in our family. And while Chicago is obviously a huge part of the show, as the episodes go on, that universality becomes even more apparent.

A: If we are talking deep dish vs. slices, neither is better, because they are a completely different food. It's like comparing casserole to flat bread. But, I'm a tavern-style girl at heart. I like that you can eat 20 pieces of pizza in one sitting. That's hard to do with New York slices. That being said, one thing I'll say about a New York slice is that its portability can't be beat.

Q: Are you an aunt in real life and, if so, what kind of aunt are you?

A: My brother and sister are 16 and 20 years older than me, respectively, so I actually became an aunt when I was 5 years old. I'm actually a great aunt now if you can believe it! But I feel like I'm the aunt that is going to be straight with you. Like, yeah smoking pot is fine, but you better not touch pills.

Q: Did you do any traveling during this pandemic?

A: Since I was working remotely, my husband and my dog and I started Airbnbing our way around the Midwest in early May of 2020. We would rent these huge places in the middle of nowhere because they were so cheap. And because we couldn't explore towns like we could in the past, we wanted places that were fun on their own. We rented one place in Elkhorn, Wisconsin, that was basically its own resort and ended up celebrating my birthday there a couple months ago with other people. We only recently started flying again, because now everyone seems to be getting married. I will say my fears about flying have now been replaced with stress about "maskholes".

Q: If you had to cancel travel plans due to the pandemic, where were they to?

A: We were going to have a lovely trip to Seattle, which is one of my favorite places – so much so that I went there spring break my senior year in high school. We also were going to go to Mexico to see Phish, so that got postponed as well. But I actually think we ended up traveling more than ever just in the Midwest, tooling around in our little Honda Fit.

Q: What untapped destination should people know about?

A: The Madeira Islands off the coast of Portugal. I lived and performed on a cruise ship for four months and we actually crossed the Atlantic, going from Miami to Europe. We were trapped on a ship for a week, and this was in 2007 when internet on a ship cost, like, $20 a minute and we were all going insane and just wanted to be on land. The first place we docked was the Madeira Islands and none of us knew anything about them really. We stepped off the ship into a magic land of purple trees and bobsleds that take you down hills and we couldn't believe it.

Q: Where have you traveled to that most reminded you of home?

A: I was lucky enough to get to go to Naples, Italy, which is where my family is from. To be honest, I didn't expect it to be as comforting as it was, but man, did I love it there. It's a gritty town that doesn't really clean itself up for visitors and it reminded me of home so much.

Q: Where would you like to go that you have never been to before?

Q: When you go away, what are some of your must-have items?

A: I always bring a white noise machine, a deck of cards, and a roll of toilet paper. I know that sounds insane, but that toilet paper has come in handy more than once.

Visit any national park for free on these dates in 2022

This upcoming year will have five free days when admission is waived for every park that usually requires payment.

11 Magical Places Where Snow Falls on the Beaches

When the weather turns chilly, travelers run in the direction of sun, sand, and sandals. But there are some beaches in the world where it’s hardly beach weather in winters. Quite the opposite, in fact. From the Jersey Shore to the Baltic coast, snow falling on beaches is an incredible, magical sight. White, powdery snow covers sandy beaches and turns the scenery into a winter wonderland unlike any you may have seen. Here we have 11 beaches where snow makes an appearance, so pack your beanies and gloves because things can get pretty cold out there.

Need inspiration for our 2022 Destinations Photo Contest? We have you covered.

Why January is the best month to book travel

It’s the New Year, and with it come new sales and greater opportunities to save money on this year’s travel experiences.

Camping surges in popularity across US during pandemic

In the last several years, many travelers ditched the comforts of hotels and resorts, finding the joy of escaping crowds in a tent or RV.

Historic, trendy and vibrant, Turkey ever a land of plenty

As a world traveler, I had put one destination on hold until three things aligned: finances, timing and motivation.

These 13 Water Towers Prove That America Is Downright Silly

From watermelon-shaped water towers to a replica of the leaning tower of Pisa.

America is a land full of wonders. With the Statue of Liberty, Mount Rushmore, Golden Gate Bridge, and brick walls painted with angel wings or the word “Love”—we’re spoiled rotten, aren’t we, Augustus Gloop? And just when we thought we were gagged with IG gold, here comes another one to tickle the tonsils. Wait for it…water tanks.  “Water tanks? Those big ugly cylinders out on the freeway? Fodor’s, you can’t be serious?” We imagine you saying behind your laptop screen. Well, things have gotten pretty serious, so much so that there are annual tank awards honoring the most creative uses of water tank coatings in North America. They’re more prestigious than the Golden Globes right now, dahling. Not convinced? Scroll down and enjoy.

How to Think About Airline Elite Status in 2022

After two full years of disrupted travel, it seems like the industry could finally return to something like normalcy. Maybe. Perhaps. According to a report by the World Travel &…

A record number of visitors flocked to Yellowstone National Park last year despite fewer hotel rooms and campsites being available because of the coronavirus pandemic and construction projects.

13 Lunar New Year Traditions From Around the World

Usher in the Year of the Tiger with these traditions hailing from Vietnam to Malaysia.

Chinese New Year is possibly considered the most significant and important festival on the Lunar Calendar. This year, the Year of the Tiger, officially begins on February 1 and so marks many traditions and cultural activities Asian families must adhere to in the lead-up to the big day. Lucky foods must be cooked and eaten, a visit to the temple to honor those no longer with us is mandatory, and cleaning the house is imperative to remove any evil spirits and bad energy for a fresh start to a new year. With millions of Chinese migrants around the world, the Lunar New Year is not restricted to just the walls of China but has expanded all across Asia. Each country, region, and even sub-regional communities have their own traditions, showing the diversity of the Asian diaspora. My childhood involved a visit to the temple with my aunty and uncle, as well as going shopping with my mom for new clothes, but my friends in Vietnam, Singapore, and Malaysia have other family traditions I didn’t even know existed, which I love hearing about. Here are a few of my favorite Lunar New Year traditions that you too can incorporate into your new year celebrations. 新年快樂! Happy New Year!

“Chicago Party Aunt” co-creator Katie Rich said she didn’ t realize how much she missed traveling for work until the pandemic hit.