The holidays have come early for Disney nerds. The company unveiled new shows, attractions, hotels and restaurants coming to its theme parks worldwide during its Destination D23 event held in Florida this weekend.

While not a comprehensive list of all of the news Disney dropped, here are among the most exciting changes, broken down by location.

Guardians of the Galaxy ride slated for summer 2022 (Epcot) 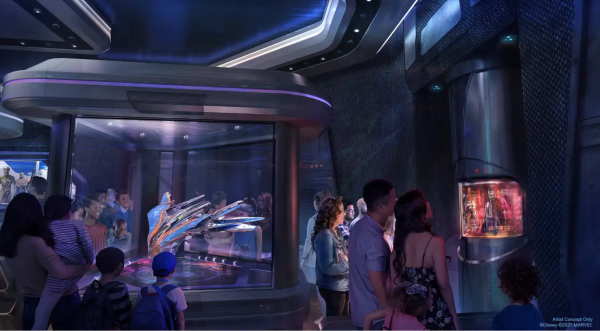 Concept art of the Xandar Gallery, which guests will walk through as part of the new “Guardians of the Galaxy'' attraction. Artist concept courtesy of Disney and Marvel

The new “Guardians of the Galaxy” roller coaster for the Epcot theme park has a clearer opening time frame: summer 2022. Dubbed Guardians of the Galaxy: Cosmic Rewind, it will include the first reverse launch on any Disney coaster and will be one of the world’s longest fully enclosed coasters.

Glenn Close, who appeared in the 2014 film as Xandar's Nova Corps leader, Nova Prime, will reprise her role for the ride.

New and improved shows (All parks) 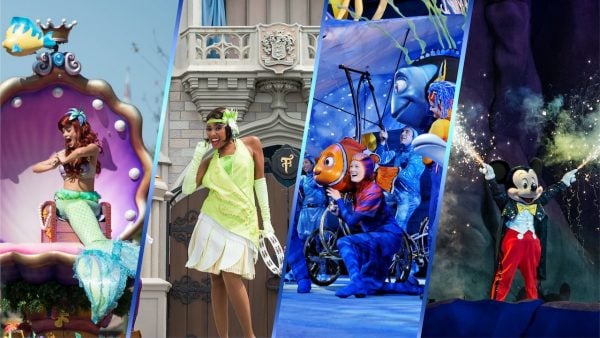 Many Disney theme park shows were paused or canceled due to the pandemic. This weekend, Disney announced that many will return with updates.

And that’s not all for Epcot. The park’s front entryway, which is anchored by a geodesic sphere that houses the Spaceship Earth ride, is being redesigned as an area called Dreamers Point. This area will offer views of the park and a statue of Walt Disney.

Artist concept of Connections Cafe and Eatery courtesy of Disney

During the 2019 D23 Expo, which was a similar event held in Anaheim, California, Disney announced that Epcot’s Future World area would be broken up into three neighborhoods: World Celebration, World Nature and World Discovery.

These neighborhoods opened in October, but Disney announced this weekend that they’re also getting freshened up. For instance, a new quick-service restaurant, dubbed Connections Cafe and Eatery, is coming to the World Celebration area. 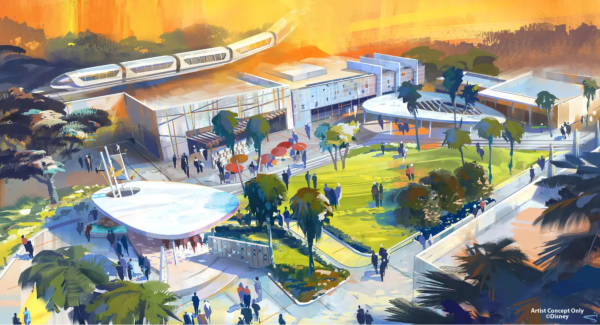 After the 2021 holiday shopping season is over, the shopping area adjacent to Disney’s two California theme parks, the Downtown Disney District, will get a significant refurbishment.

The former AMC 12 Theatres, which closed in 2018, will transform into what Disney calls a “lifestyle” space. Designed with Southern California midcentury modern architecture, the area will include an open lawn, multicultural design elements, and more dining and shopping.

Inside Disneyland, Mickey’s neighborhood is getting an overhaul. The entryway to Mickey’s Toontown is set to reopen in early 2023 as CenTOONial Park, an open space with an interactive fountain area and a tree with sculpted roots for children to play around.

The previously announced new Disney cruise ship, the Disney Wish, will sail its maiden voyage on June 9, 2022, with features including a Star Wars-themed bar, a 760-foot water ride called AquaMouse and a “Frozen”-themed theatrical dining experience including Nordic-inspired cuisine.

Disney announced the cruise’s two new stage shows for the ship. One show is a modern adaptation of “The Little Mermaid,” while the second — named "Seas the Adventure" — will primarily star Goofy and Captain Minnie, with a handful of other characters.

It’s already known that a Marvel-themed area will be coming to Walt Disney Studios Park at Disneyland Paris. With construction well underway, Avengers Campus has a clearer opening time frame: summer 2022. That will coincide with the 30th anniversary of Disneyland Paris.

Disneyland Paris has been leaning into Marvel additions, having launched Disney’s Hotel New York – The Art of Marvel earlier this year as the first official hotel in the world dedicated to Marvel. That hotel is an extensive redesign of what was originally Disney's Hotel New York.

How to plan (and pay) for a Disney trip

All of these new rides, shows and attractions might leave you ready to plan your vacation now. If so, also make plans for how you’ll pay for a trip to a Disney theme park. After all, the notion that Disney trips are expensive is a tale as old as time. Beyond standard vacation expenses like hotels, airfare and transportation, you’ll also need to account for park tickets, treats (like churros and Dole Whips) and, of course, souvenirs.

Happily, a trip to Disney doesn’t have to break your annual travel budget. With points, miles and advance planning, it’s possible to take what could be a $4,000 Walt Disney World trip for a fraction of that cost.

Some easy ways to save money include:

Then again, perhaps you opt out of Disney completely. While all of the new rides, shows and restaurants look enticing, it’s a lot less appealing when you consider the cost to experience it. In that case, there are plenty of theme parks cheaper than Disney that might turn out just as magical.

The article Huge Disney Park Changes for 2022, and How to Fund Your Trip originally appeared on NerdWallet.

Ask a Travel Nerd: How to Avoid the Line at the Airport Bag Check Counter

Air travel during the holidays typically incurs no shortage of lines. Throw in the range of COVID-19 impacts — including more travelers hoping to make up for the past years of…

Marriott to Be Upfront About Resort Fees After Lawsuit

While Marriott’s resort fees aren’t going away at this time, the largely loathed, additional — and sometimes hard to spot — fees are set to be less hidden soon. Marriott…